Americans, both young and old, make many of the same money mistakes over and over again. You’d think people would learn from their mistakes, but they seemingly don’t. 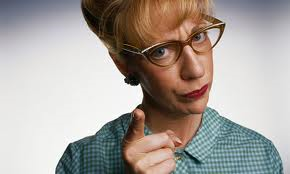 But we’re here to help.

Don’t join the pack. Take note of the six money mistakes discussed below to ensure you avoid them now, and into the future.

According to Gallup, only 30% of Americans use any form of budgeting. Yet, a detailed financial plan is a key aspect to healthy financial habits.

A written budget isn’t necessarily the answer for every, and in fact I don’t use one. But there are so many spending apps that can help you plan and track your spending.

Don’t necessarily write down a budget, just spend as little as possible. Simple as that!

The worst thing about this common money mistake is that creating a spending plan is so easy. You can literally create yours on a single sheet of paper or with a smartphone app.

A better idea, however, is to use an online money management tool like Mint.com so you can track both your income and expenses to get a better idea of what your budget plan should look like.

Emergencies happen when you least expect them. Unfortunately, less than half of Americans have enough money saved for three months of expenses (the recommended minimum for an emergency fund).

These shocking statistics come from a recent study by Bankrate. The study goes on to state that slightly over one-quarter of Americans don’t have a single penny in an emergency fund.

Avoid this money mistake by setting money aside, in a separate savings account, until you have enough to cover at least three months of expenses.

There are automatic savings plans you can sign up for in a matter of minutes with services like Betterment and WealthSimple.

Even better is saving enough to cover six months of expenses. But let’s not get too crazy.

Lifestyle creep happens to the best of us. As your income increases, you gradually end up overspending on things you don’t really need.

Buying a new car, going out for more dinners, buying your lunch at work, getting the latest gadget, you know the drill! Don’t worry, we are all guilty of it.

*Glenn slowly slips his new iPhone 7 under the couch cushion*

Anyway, the best advice is to always live below your means. Even when you receive a raise or a bonus, stash that extra money away like you never earned it. Not only will this help minimize overspending, it will also help you build

Not only will this help minimize overspending, it will also help you build a substantial savings fund.

Debt is all but a fact of life these days. According to the Federal Reserve, Americans have over $935 billion of credit card debt altogether.

They go on to state that the average American has slightly less than $5,000 worth of credit card debt.

Yet there’s a huge difference between paying debt off promptly, and ignoring it altogether.

Ever avoid checking your online banking account? Or opening that credit card mail statement? Ya, been there!

But you can’t ignore debt. And credit card debt is one of the worst types to ignore.

Always make your payments on time, and pay more than the minimum payment whenever possible.

Paying only the minimum means you pay much more in interest (thereby significantly increasing the overall amount spent in the long run).

Failing to build your credit score is a money mistake made by all too many young Americans. A recent survey by BMO Harris Bank shows that almost 80% of millennials aren’t sure how to build credit.

And no, it doesn’t mean going out and getting a bunch of credit cards!

Creditors look at your credit score to assess your overall risk. Maintain a score of at least 650 to qualify for the best rates on things like insurance, car payments, and mortgages.

There are many different services out there that allow you check your credit score. Consider signing up for Equifax or AnnualCreditReport.

Build your credit score by sticking to smart credit habits.

Select a quality credit card, with a low credit amount, and then use it wisely.

Make your payments on time, pay more than the minimum, and pay the overall charges off promptly.

Too many young people fail to save for retirement. Bankrate states that over two-thirds of Americans under 30 don’t even have a retirement account.

The best way to start saving for retirement is to take part in your company’s 401(k) match program if available.

Remember that investing in retirement is an investment towards your future.

Also consider automating your retirement savings with robo-advisor services like WealthSimple and Betterment. It’s now easier than ever to save for retirement.

There’s no reason why you should continue making the money mistakes outlined above.

So take note of the ones you’re currently making, and make it a priority to fix them as soon as possible.